A Senate Seat For Franken? 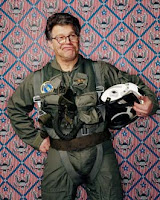 The recount has not started yet, but already election officials in Minnesota say:

The difference between Coleman and Franken, which stood at 725 votes in Coleman's favor Wednesday morning, has changed several times since then as county officials have checked results, and was 221 by Friday evening.

Norm Coleman, the incumbent, is involved in many scandals:

This one's the creepiest-sounding Coleman scandal, and, if true, the worst.Houston businessman Paul McKim, formerly the CEO of an oil-rig servicing company half-owned by Nasser Kazeminy, introduced a lawsuit accusing Kazeminy of -- get this -- forcing him to funnel $75,000 to Coleman ( the Senator's wife) through the Minnesota insurance firm she works at. Juicy detail: McKim alleges that Kazeminy told the oil-rig servicing company's CFO that "U.S. senators don't make [expletive deleted]" and that was why he was ordering payments to the Minnesota firm.
On the dirty-trick side of the evidentiary ledger: Its too-perfect timing, as well as rumors flying around that the suit has been or will be withdrawn (as of this writing, it still stands). On the this-is-legit side: McKim is apparently a Republican donor, not a Democrat; he's retained serious Houston counsel (unlike, say, Obama tormentor Larry Sinclair, whose disbarred, kilt-wearing lawyer did not cast, er, a respectable sheen on his lawsuit); and Coleman initially reacted fearfully to the suit, briefly cancelling some campaign stops.

A Franken victory would increase the Democratic majority even closer to that 60 seat majority, so let's keep our fingers crossed.
Posted by kerfuffler at 7:57 AM

Email ThisBlogThis!Share to TwitterShare to FacebookShare to Pinterest
Labels: fun

Coleman's lead is now down to 204 votes, prior to the recount! http://www.startribune.com/politics/state/34200229.html?elr=KArks:DCiUHc3E7_V_nDaycUiD3aPc:_Yyc:aUU

Plus there is more votes that don't show a senator vote but show a president vote (and thus, possibly undercounted) in the pro-Franken parts of the state.

"Ballots that showed a presidential vote but no Senate vote are called the "undervote." Statewide, more than 18,000 of those ballots came from counties won by Obama with more than half the vote. About 6,100 were in counties won by Republican John McCain with at least 50 percent.

In 13 counties, the two ran about even; in all, those counties combined for 707 ballots without a Senate preference.

The largest of the pro-McCain counties were Anoka, where 1,189 ballots didn't choose a Senate candidate, and Stearns, where 681 did not.

There's one more critical statistic: About 8,900 people weren't recorded as voting for president, according to county-by-county turnout estimates kept by the Secretary of State's Office.

That nearly 9,000 people would skip the closely watched race is questionable, raising the possibility that as many as 33,700 ballots might be subject to change in a hand recount."

Well, if he pulls it off I'll be ready to comment, "mission accomplished!" (Note the photo in the post.)