Why are Economists allergic to Data? 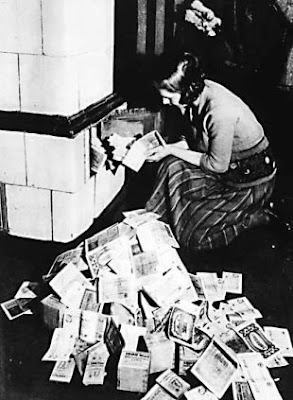 We are in a financial crisis. Sigh. What to do? Well, as the presocratics discovered, and as Francis Bacon rediscovered, there's this thing called "Evidence." I want you all to spell it, then say it, then spell it again. The "Great Depression" (soon to be retitled Great Depression I, as opposed to our current Great Depression 2) had one economy that recovered faster than all the others. Which one? Sweden. The Swedish plan is well known. The US banks are near collapse, even with the infusion of 700,000,000,000 (how many zeros?) of your and my dollars. We (by which I mean Paulson) just is handing the money over, as far as I can tell, still without any sort of oversight. Do you remember any regulation being passed in the last week or two? This is soft-- stupid-- socialism. Really a form of capitalist theft.

How to do it right? In Sweden, they didn't mess around back in the '30's. They actually nationalized the banks, shook them upside down, figured out exactly what assets they had, cleaned them up, and then reprivatized. It worked.

Why can't we do that? The executives at AIG wouldn't get their manicures? How can we be such idiots? We're just buying tremendously overpriced assets. You and me, babe. To, as far as I can see, no particular good, except we'll make Warren Buffett even richer. His purchase of a zillion dollars of Goldman Sachs was essentially a bet on the stupidity of the American Congress. You see, Goldman can now sell its worthless mortgage-backed securities for a profit (from the previous valuation.) Buffett makes out like, well, Warren Buffett.

Perhaps this is just sour grapes. How come I'm not too big to fail? Where's may multi-billion bailout? Waaaaa!!!!
Posted by djinn at 1:09 AM

Email ThisBlogThis!Share to TwitterShare to FacebookShare to Pinterest
Labels: finance