Palin falls on face in Heartland, hope for US rises. 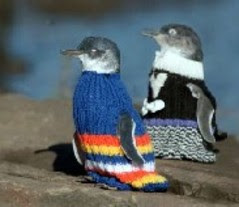 From the Iowa Independent

With weird winks and homespunisms, Palin worked in several “you betchas” and “darn rights” and even a “shout out” to family in an effort to appeal to just folks.

As a small-town Iowan I didn’t find it genuine at all. She actually talked down to us, figuring that references to hockey moms and the hackneyed phrase “Joe Six Pack” and her self-application of the word “maverick” would hold more sway than a discussion of the issues. Details do matter — something the last two weeks and the current two wars have shown Americans.

On energy policy, one of the more important issues in Iowa, Palin could not explain GOP presidential candidate John McCain’s repeated votes against wind power, ethanol, and the renewable energy that have been so vital to the economy around here. She didn’t even give it the old college try.

What? You want an explanation for the picture? Oil spills coat birds in oil. When you, drill baby drill, you will produce the occasional oil spill. If you are a lucky penguin rescued from an oil spill, someone might put a sweater on you to keep you warm while you recover from your oil bath. I realize there are no penguins in Alaska, but they are representative of all the harmed wildlife, just 'cause they're so darn cute.


Thanks, CultureKitchen
Posted by djinn at 8:39 AM

Check out her gubernatorial debate

to see what a fraud her folksy delivery was on Thursday. She was not using the "you betchas", or other colloquialisms at all! She spoke in an entirely normal-----well almost-----fashion.

By the way, where do they get penguin sweaters?

They are knit by generous people in the UK who, as you can see, can be quite creative in their efforts.

Maybe I should learn to knit!

Here's a link to the pattern, but, alas, currently Tasmania has no shortage of penguin sweaters.