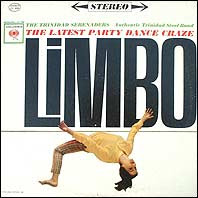 After disastrous interviews from Governor Sarah Palin, conservative columnist David Brooks seemed to reduce the qualifications for the Vice Presidency to the following:


Was this woman capable of completing an extemporaneous paragraph — a collection of sentences with subjects, verbs, objects and, if possible, an actual meaning?

Naturally he claims she passed this hurdle.

But many of us witnessed a dazzling shimmy right under this lowest of bars.

Remember, Brooks called for 'extemporaneous' speech, while pundits and viewers alike recognized her canned talking points. At the very outset she reserved for herself the right to ignore the questions and talk about....whatever, to make it easy to fall back on memorized scripts.

Complete, grammatical sentences could have been a little more frequent as well.

: My grandma was, my dad who is in the audience today, he's a schoolteacher, had been for many years. My brother, who I think is the best schoolteacher in the year, and here's a shout-out to all those third graders at Gladys Wood Elementary School, you get extra credit for watching the debate.
Education credit in American has been in some sense in some of our states just accepted to be a little bit lax and we have got to increase the standards.
Which reminds me, then there's that pesky requirement about being meaningful.

PALIN: My experience as an executive will be put to good use as a mayor and business owner and oil and gas regulator and then as governor of a huge state, a huge energy producing state that is accounting for much progress towards getting our nation energy independence and that's extremely important.

But it wasn't just that experience tapped into, it was my connection to the heartland of America. Being a mom, one very concerned about a son in the war, about a special needs child, about kids heading off to college, how are we going to pay those tuition bills?

But let's not be too harsh criticizing Palin for ducking rather than clearing the hurdles. This former track star thought she was supposed to play a totally new, different game.
Posted by kerfuffler at 8:50 AM

Email ThisBlogThis!Share to TwitterShare to FacebookShare to Pinterest
Labels: Grammar, It's good to be a Republican, political rants, tiny arguments

But, did you see those highlights in her hair? Golden!

Yeah, and those pretty, shiny glasses.