For those of you wondering about the outcome of the vote in Iowa regarding Michael Jackson's inclusion as a butter sculpture in the upcoming Iowa State Fair, the vote is in, and Jacko is out. 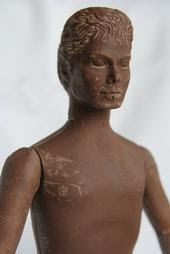 But of course there are more than enough celebrations of his life and art to satiate our appetite for memorializing him. Consider chocolate Michael Jackson; although it looks nothing like him, and certainly fails to capture his pallor, at least he represents Jackson's roots.

From an array of horrible wax figures there is this likeness (on the left!) which is excellent compared to the others in the gallery. (Cher must be really pissed! Check it out.) 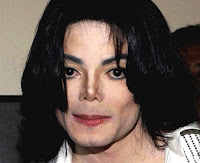 But still, some people can never get enough.

But who would stoop low enough to steal a prosthetic nose, reputedly Michael's, which has gone missing from the morgue?

Cheney seems like the only person evil enough, but I doubt he was a fan.
Posted by kerfuffler at 11:19 AM

Email ThisBlogThis!Share to TwitterShare to FacebookShare to Pinterest
Labels: dead rock stars, Strange is not just for quarks, unhealthy obsessions