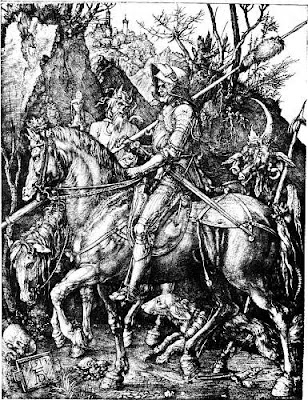 I listened to the news a couple of days ago (bad idea) and heard members of congress prattling on about how single payer insurance would lead to rationing, which then would lead to dead americans. Rep. Ted Poe (R-TX) said in testimony before the house:

Madam Speaker, a critically ill baby was born in Canada just last month. Her name is Ava Isabella Stinson. She was born 13 weeks premature and weighed only 2 pounds. Unfortunately, Canada rations health care. And since the government must grant permission for one to have health care access, Ava was unable to get the treatment she needed to survive.
...
Fortunately for her, Ava's parents were able to quickly transport her to Buffalo, New York. Little Ava's life was saved by the best doctors in the world right here in America.

His entire remarks can be read here.

What really happened? Early in July, a Canadian couple delivered their high-risk preemie at an American hospital in Buffalo, NY, because there was not an open bed in any appropriate hospital in their home province of Ontario. Paid for by the Government of Canada. Got that? Canada didn't ration care at all, they just outsourced it. I'm not going to out and out accuwse Rep. Poe of lying, but he is certainly confused.

Here's a newspaper story about the couple, and here's a link that explains that Canada pays for care out of the country if timely care is not available inside.

Autumn, Brooke, Calissa, and Dahlia Jepps were born in America to Canadian parents back in 2007. The girls are doing just fine now. They are an extremely rare set of identical quadruplets. There was no room for them in any neonatal facility in all of Canada. Their parents flew to Great Falls, Montana, from Calgary so they could be born safely in America. Think about that for a minute. Great Falls, Montana, a city of 56,000 people, offers better access to health care than Calgary, a city of over a million people. Why? Government rationing in Canada.

This little bit of disinformation is equal parts amusing and disheartening because Texas does explicitly ration care. The Texas Futile Care Law allows "a health care facility to discontinue life-sustaining treatment against the wishes of the patient or guardian ten days after giving written notice if the continuation of life-sustaining treatment is considered medically inappropriate by the treating medical team." According to Wikipedia, 22 people have been "discontinued" this way.

The Representative in trying to slander Canadian health care was only able to produce two examples of rationing. Not.

Not only does Texas explicity ration care, but so does US, implicitly. Multiple studies have been been published, all of which show around a 25% increased chance of death for the uninsured. That breaks down to about 22,000 deaths in 2006 due to health care rationing based on wealth.

I remember when Harry and Louise were on the telly lying through their scripted teeth about Clinton's health care plan. And it worked! Never again, never again.
Posted by djinn at 4:42 PM

One small problem though with the reasoning that Canadians are getting good care because when unavailable in Canada, they can get it here (paid for by Canada) is this: there is a doctor shortage in Canada because it is less lucrative there. If we make it less lucrative here as well, how long before well find ourselves facing the same shortage?

But the lying scumbag, Rep. Ted Poe from Texas deserves to be set upon by plunger-wielding cops from NY for misleading people about this. We need honest and open discussion about all the issues involved.

I am actually kind of in favor of some forms of rationing-----I think.

I am definitely in favor of some sort of rationing--not the current luck of the draw sort, but more like what's done in places like England (or perhaps even Texas), where tremendously expensive measures are not employed on the terminally ill.