Did someone mention book burning *cough*Amazon*cough. 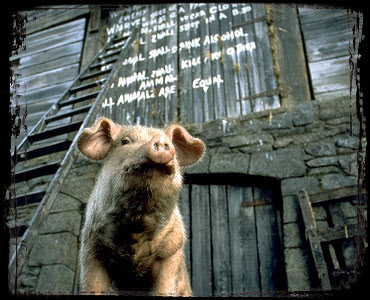 Not to be outdone by Ireland, the New York Times reports that Amazon has deleted copies, yes, of George Orwell's 1984 and Animal Farm from the Kindles of people who had, in good faith, purchased them. Says the NYT: Some Ebooks are more equal than others. Read about it here.

Yes, you, an innocent consumer could have purchased, say, 1984, only to have it magically erased from your kindle. Your recourse? None, it appears. Perhaps the headline should have been "Blasphemy, not only for the Irish."

Wow, two of my ALL TIME FAVORITE books! (I don't mean to be offensive with the caps, but I can't do italics or boldface in these windows.)

Glad I still have my REAL copies!