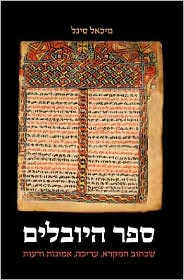 Conservatives are eyeing the bible with suspicion as it does not really fit in all that well with their belief system. (Too much sharing, caring & forgiving and not nearly enough judging, stone throwing and smiting!) Some of them are now proposing to update it, to make the conservative values more apparent, and to eliminate the "liberal bias" that permeates many translations.

I'm not making this up!

Included in the list of ways to improve the bible is the following suggestion.

Gee, so much for teaching about the love of money being the root of all evil. They also reccommend:

Prefer Conciseness over Liberal Wordiness: preferring conciseness to the liberal style of high word-to-substance ratio; avoid compound negatives and unnecessary ambiguities; prefer concise, consistent use of the word "Lord" rather than "Jehovah" or "Yahweh" or "Lord God.

"
"Liberal wordiness"! This is funny especially because just a few lines before they object to the "dumbing down" in many other modern bibles. Another linguistic peeve of theirs is the inclusion of so many "liberal" terms in the Bible:

Utilize Powerful Conservative Terms: using powerful new conservative terms as they develop;[4] defective translations use the word "comrade" three times as often as "volunteer"; similarly, updating words which have a change in meaning, such as "word", "peace", and "miracle"........(Socialistic terminology permeates English translations of the Bible, without justification. This improperly encourages the "social justice" movement among Christians. For example, the conservative word "volunteer" is mentioned only once in the ESV, yet the socialistic word "comrade" is used three times, "laborer(s)" is used 13 times, "labored" 15 times, and "fellow" (as in "fellow worker") is used 55 times.)

It does not seem to bother them that 'volunteer' means something very different from 'laborer', that is that laborers are supposed to get paid------perhaps that's against their conservative principles. (And don't even get me started about their need to use pomp-speak------they used the bombastic "utilize' where 'use' would have been sufficient.)

And then there's this:


Sure, it makes sense to use modern words like 'gamble' or whatever. But they just might want to run this one by Conservative word smith and spin guru, Frank Luntz, who earned a pretty penny from the casino lobbies by spearheading the campaign to have 'gambling' referred to as the more innocent sounding 'gaming'. And how on earth is using the modern term 'register' rather than 'enroll' supposed to "combat harmful addictions"? Their logic on this point escapes me.......

The writing throughout their proposal suffers from poor grammar, inferior structure, faulty logic and questionable style. Given their evident inability to write well, this new Bible should be a doozie! Given their audience it will probably be a bestseller.
Posted by kerfuffler at 7:38 AM

Email ThisBlogThis!Share to TwitterShare to FacebookShare to Pinterest
Labels: blasphemy, insanity, stupid Republican tricks, Why don't we have a stupid tag?, wingnuttery

Wow. Maybe they commit all the fun bits in Leviticus to memory.