Democratic Senators Against Health Reform, For Themselves 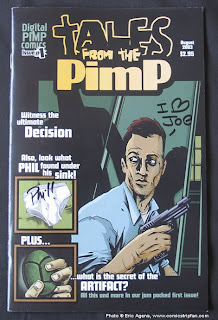 At least they made a reasonable amount of money. How embarassing for us all if our dems went cheap; say, 30 pieces of currency, or something.

Sen. Evan Bayh (theoretically D, from Illinois) has stated that he won't even vote to allow the current health care bill to be debated on the floor of the senate. This is serious, as it only takes 40 senators to block debate. This is terrible. Why has he decided to switch sides? Well, for the all-to-usual reason. It'll make him a truckload or two of moolah. What about his approx. 1.4 million uninsured constituents? They sure as heck don't pay his bills. Seeing as how they don't even have the money for their own health care, silly.

Who pays those bills? Why, Wellpoint insurance, who has paid his wife, Susan Bayh, at least two million dollars. Add to that, another two million or so from other health insurance company boards she sits on, and we're talking a Senator who knows what he's worth, and who his real constituency is. Hint, it's not those that vote for him, or anyone else that can't weild a 6ish figure check.

Now onto Sen. Lieberman, who has threatened to filibuster any bill with a public option. He has made his distaste for health care known. He hasn't made his wife Hadassah's work for Hill and Knowlton so well known. "The legendary lobbying and PR firm hired her as a 'senior counselor' in its 'health and pharmaceuticals practice'" in 2005. She has since quit, but Lieberman has accepted about two million from health care and pharmaceutical companies for his reelection fund in 2006 and has already taken in another cool million from them for his 2010 run. With money like that, why should he care that his constituents favor the public option 64-36?

Pic thanks to http://comicstripfan.com/webcomics/m/matriculated.htm
Posted by djinn at 4:28 PM

This is why it infuriates me that the Supreme Court is veering towards making it even easier for corporations to "contribute" to political parties and candidates.

We should experiment with having zero contributions from businesses, and see if we get better representation and legislation. I suppose it would kill a lot of jobs though-----think of all those unemployed lobbyists.

I am in agreement with you but I doubt this will happen because the machine has grown too complex to detangle in such a manner..I think the corps that donate must to so without an "agenda" and "anonymously" and without "representation" on any level level the issue to be sorted/voted for/decided by individual citizens that can step into or out of the issues at hand...Perhaps the out of work lobbyists can assist in reconstruction...