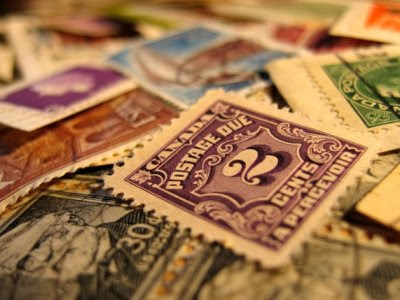 My father, a retired army officer who served in Germany during the late fifties, just received a wonderful surprise in the mailbox: an appreciative letter from a soldier who had served under him. It reads as follows. (I am withholding some names.)

I use the title of Capt. because that is what you were when I was a Specialist 4th class in the 318th, Headquarters Company in the Army Security Agency in Herzogenaurach, Germany. I was gratified to see your name in the Herzo Base listing.

I am writing you this letter because you may not know the impact your efficiency, fair treatment and kindness had on me and I am certain on many other men. Kindness seems a strange word to describe an Army officer and it's inclusion in a sentence with the other word, efficiency, seems a little incongruous. I will try to explain my thought.

I remember you replacing a "spit and polish" officer who seemed more interested in discipline than in getting our mission accomplished. We enlisted folks were cautious when you arrived, but relaxed and did a better job after we learned that you really cared about the mission and the personnel. If we got wind that an IG inspection was about to take place we went to extraordinary lengths to make sure that Captain F-------'s troops were more sharp for the inspection than any of the other CO's. We appreciated being treated as productive soldiers. We would not let any bad inspection report tarnish your record.

After working in management for several trucking companies, such as United Parcel, I opened a company of my own. I had worked for large corporations and continued to look for the heart and soul of those companies, but I kept bumping into their bureaucrats, computers and rulebooks. My natural inclination toward kindness in dealings with my subordinates had earned me the reputation of "too soft" among the top level bureaucrats. This was even though my crews were posting the best production and safety records. I believed the kind dealings with my employees were not only nice, but it was also very good business. "Spit and polish" micro-managers could achieve results only when they were continually on top of their underlings. The kind and efficient managers obtain good results when they are not even around. I knew this to be true because I had seen it work for you.

I started my company with one employee----me. On the year I sold my company we had 2,700 employees. People who worked for my firm, N------ C------ in City of Industry, Calif., still talk about it as the best place they ever worked.

Thank you for the great example. I feel certain that you must have felt the sting of "too soft" during your military duty, but you were right and THEY were wrong.

P.S. I may not have been the perfect soldier, but I was pretty good. I do have a confession to make. I used to be able to sign your name to 3 day passes so well, that on one occasion you reviewed one and said "Yes, I can see that I signed it but I just didn't remember it." I apologize now that it's too late for you to put me on KP. I think I'll try one more time for old time's sake.

And then there is what appears to be my dad's signature!

The letter certainly boosted my dad's spirits. With tight budgets constraining holiday spending, this could be a great way to give someone from your past that you appreciate a real boost-----all for the price of a stamp and a little consideration. Let the conspiracy of kindness begin!
Posted by kerfuffler at 12:54 PM

What a wonderful tribute. I suspect, kerfuffler, that you take after your father (and your mother, to, of course.)

What a great gift to your father! It is truly evidence that we effect those around us. Thank you for sharing it!