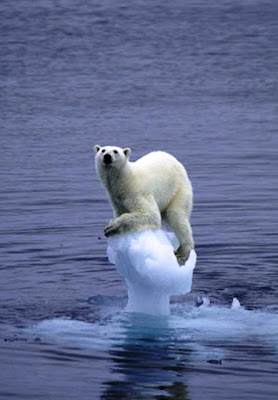 There is pressure on Obama to have the US join other countries in the Kyoto Treaty (and the new version of it that is being worked on) to reduce carbon emissions. Critics say that the cap and trade structure of that agreement does not work because the enforcement and regulation make it too easy to get around. Furthermore, some "progress" only exists on paper as far as reduction of CO2 goes. For example, China was planning to build hydroelectric dams, and under the Kyoto Treaty would receive carbon credits which it would be free to sell to other countries. But since China was planning to build those facilities anyway, there has really been no reduction of carbon fuel use on their part, and now some other country will have a license to pollute more.

A leading climate scientist, James Hansen of NASA, endorses a different approach: Impose a carbon tax, but distribute the revenue evenly amongst the citizenry. This offsets the economic burden of adding a new tax during these difficult times but still incentivizes reduced use of carbon fuels. The tax would increase over time to motivate people to shift over to other energy sources.

This approach would tax people with huge houses, gas guzzling cars, wasteful habits, and busy travel calendars more than people who make choices to conserve. It seems worth a shot, but since we are Americans after all, everyone will probably just keep going on as before thinking that they'll just be getting the money back anyway if most people make few changes. After all, even when we tax stupidity, people keep right on buying those blasted lotto tickets.
Posted by kerfuffler at 8:36 AM

I like the straightforward tax and distribute much better.