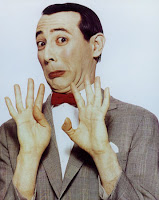 I need a bit of a setup here.

David Boies is a lawyer on the side trying to get Proposition 8--the anti gay marriage CA. initiative--overturned, which would then allow the resumption of same-sex marriage in California.

Prof. Miller is an expert for the defense--those attempting to show that Prop. 8 should stand.

A bit of cross-examination from today:

Boies: Are you aware of any official discrimination against gays and lesbians in this country today other than DADT policy?
Miller: (Thinking) I’m trying to think of other laws that are official…policies that discriminate on that basis. One thing you are looking at would be DOMA policy.
Boies: There you go!

The expert for the no gay marriage people (Pro-8 side) just admitted in open court that DOMA (the Defense of Marriage Act, which allows states to deny benefits to married same-sex couples) and DADT (Don't ask don't tell--the law that allows the Military to toss out gay people if the military finds out they are gay) are discriminatory.

Boies: Let’s go back to your article, heading Violating Democratic Norms, first sentence: The actual operation of the intitiative process actually violates a number of democratic norms in America" What were the norms you were referring to?
Miller: (reading) Trying to get the context here.
Boies: Okay
Miller: Norms in the above grafs
Boies: Openness, accountability, fairrness?
Miller: yes

The Yes on 8 side just admitted that the initiative process (Yes on 8 was a CA. initiative) is undemocratic in that it violates the norms of "openness, acccountability and fairness."

Prop. 8 itself is discriminatory, according to the side that is all for Proposition 8.

What is the pro Prop.8 side's point? "We get to discriminate. Yeah. Because." Nice argument.

Thanks to Firedoglake for the liveblogging.
Posted by djinn at 5:15 PM

Email ThisBlogThis!Share to TwitterShare to FacebookShare to Pinterest
Labels: Embarassing admissions, hating haters is good for the heart, marriage