If Michael Jackson was rushed to the hospital in a coma, then he didn't die of a heart attack. 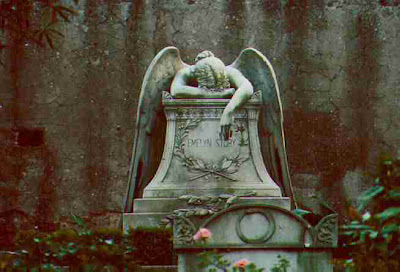 Though his heart certainly stopped.

I must confess; first, Michael Jackson and I are the same age, so the news that he has died hit me hard. The man who had no childhood, and then got even by never growing up.

When I was 13, all my friends were oogly googly about him (poor messed-up freak), and Donny Osmond (who seemed to turn out fine) and David Cassidy, and others that I didn't bother to even learn the names of -- (someone named Shawn?). I thought that they were out of their minds. Back in 1973, I was pretty hardcore. I watched Jackson's career from the sidelines with a certain amount of amazement. What???? Confusion; and when he ruined his beautiful pug nose I was horrified. (Having a pug myself, you may understand my dismay.)

But even I would never wish the life Michael had on anyone. The weirdly religious uber-strict upbringing, complete with beatings via a cartoon-worthy tyrannical father, the early fame with money falling from the clouds, the Beatles catalog, what was it, 7 pedophilia lawsuits to the tune of 25 million, monkeys, ferris wheels, Elvis's daughter, and so on.... oh, the mixed drinks served in pepsi cans. Lawsuits to numerous to mention. What a long, strange trip it was. Did I mention we were almost exactly the same age?

BTW, I hear that Michael Jackson left his 1/2 share in the Beatles Catalog to Paul McCartney as forgiveness for taking Sir Paul's advice about investing in song publishing rights, and then outbidding him on the Beatles catalog in 1984. I don't think they've talked since. Here. Here, Here, etc.
Posted by djinn at 4:28 PM

They say that a Doctor was present...that her was getting daily Demerol shots (???) it's all very strange

wow I need to proof read...

Ahmedinejad had him whacked to direct the world's attention away from Iran.

Or did Governor Sanford do it to bury his own scandalous affair with the Argentinian woman? Enquiring minds want to know.